Location of Tambaroora the Area and the Town


Tambaroura the area is nestled in the Central Tablelands of New South Wales, no longer considered a remote area, the nearest towns are Orange in the west, Bathurst to the south east and Mudgee to the north. 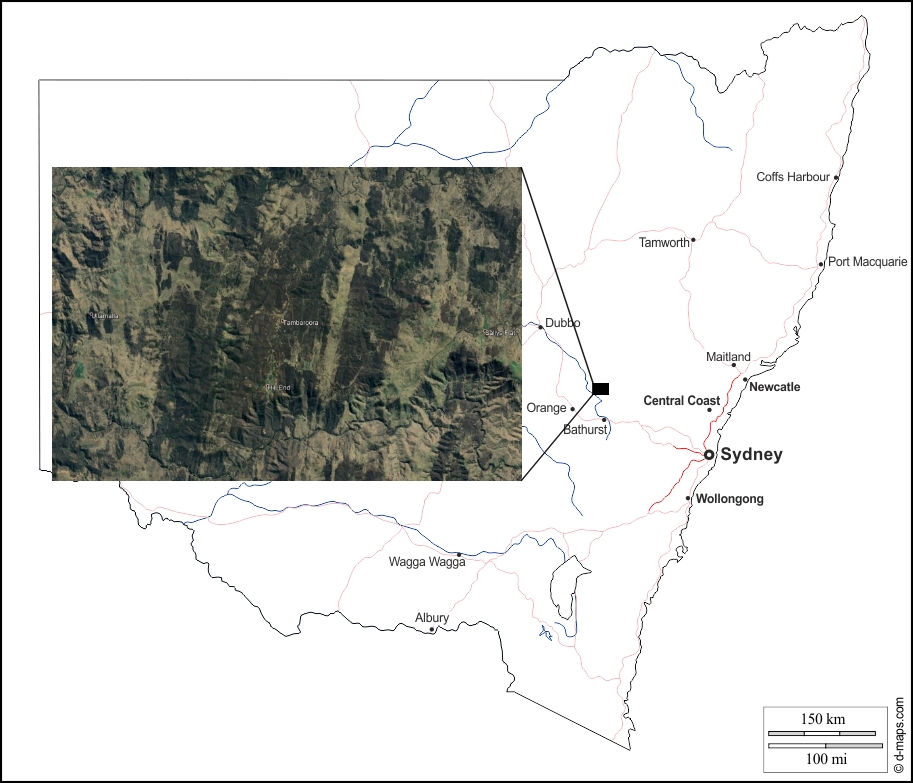 The Town is centrally located within the Tambaroura upon the Tableland. Tambaroura was never a defined area, when written about it was left to the authors impressions given in descriptions by those who had some knowledge of the district. The extent of the Tambaroura varied in all directions of the compass, some citing locations as far as Boiga Mountain and Dun Dun in the north, Ullamalla and Bundy Station in the west, Sallys Flat in the east and south of the Macquarie River to the south. It became an identifying feature once Europeans set foot upon it but to the original occupants it was their land to nurture.