CHINESE CEMETERY
(Information to be added when found)


Located on the Towns western boundary its location is identified on the 1859 Town Charting Plan, this map and the 1860 map are the only maps that verify its existence. It just like the Catholic cemetery have never been officially surveyed. Even though they were functioning cemeteries at the time of the survey undertaken by Surveyor Price they seem to have been overlooked even though they were both identified by the surveyor on his plans.

The Cemetery is listed on the Commonwealth Register of the National Estate (288).


The image below shows the position of the Catholic Cemetery, the Chinese Cemetery and the General Cemetery that was surveyed in 1897 and dedicated in 1898.

Both the Chinese and Catholic Cemeteries are located within Burying Ground Gully later known as Moonlight Creek or Gully. 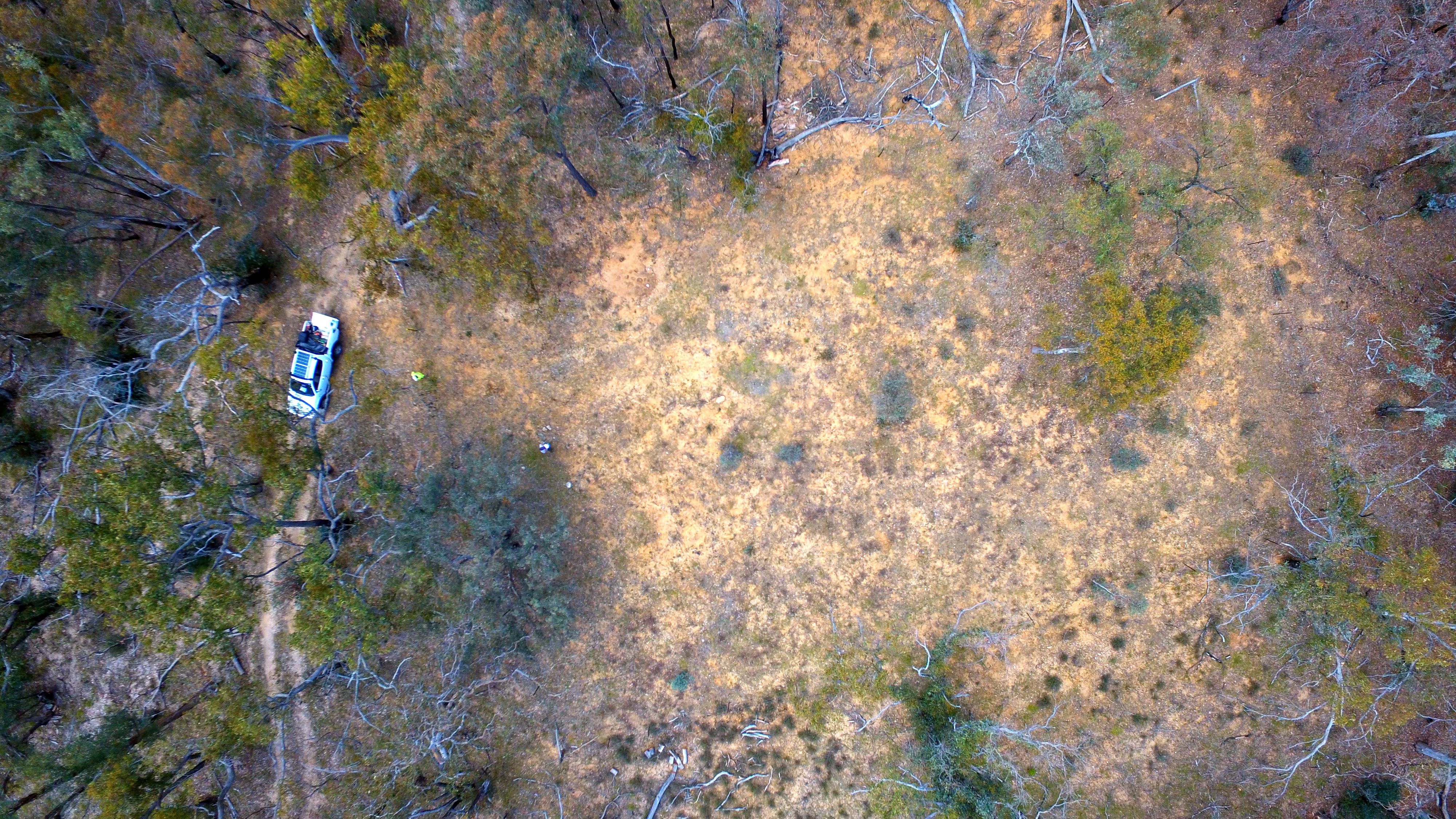 RECORDS PERTAINING TO THE CHINESE CEMETERY HELD BY GOVERNMENT ORGANIZATIONS

The following information has been extracted from -
The Department of the Environment and Energy's Australian Heritage Database, this gives details of, and the importance of the Chinese Cemetery.

Statement of Significance
Scattered evidence of the initial burial place of many Chinese who died at the Chinese camp of the 1850s to 1880s near Hill End, which is important for its historic associations with the Chinese who played a major role in the gold rush to that area. (Criteria H.1 and A.4)

It is important for its rarity in demonstrating the Chinese burial practice of initial burial in urns and later transporting the urns to China for reburial. (Criterion B.2)

It has potential for archaeological investigation.(Criterion C.2)

Description
Cleared creek flat. The site consists of a scattering of depressions and mounds. The area is surrounded by remains of a leather strap which was once supported on wooden posts delineating the cemetery boundary.

Condition and Integrity
The site has been little disturbed since exhumation of bodies around the turn of the century, due to foot access only and the fact that its location is not widely known or publicised. According to cultural tradition many bodies were exhumed by agents of families or country societies and transported to China for reburial. Excavation in the area in 1978 revealed an urn with bones intact. The urn was replaced. It is assumed that other urns remain.

My Comment:
Th location reference given is 190 metres south along the creek from its known position. This may have been an error in calculating the position by the person tasked to take the measurement.

The following information has been extracted from -
The National Parks and Wildlife Service(NPWS) notes in its 2013 Master Plan:

National Government: The Commonwealth Register of the National Estate has listings for a Hill End Historic Conservation Area, Great Western Store and former Post Office, Royal Hotel, St Pauls Presbyterian Church, Golden Gully, and the Tambaroora Chinese Cemetery, which is outside the Historic Site of the NPWS. (Pg.1).

3.5 Cemeteries
There is a Tambaroora Catholic cemetery to the south of Tambaroora, on the west of Mudgee Road and a general cemetery (Anglican) on the eastern side of the road.
There is also a Chinese cemetery further to the west of the Catholic cemetery that is less defined, as the bodies were exhumed at the end of the 19th century. The site demonstrates the burial practices of the Chinese, with an initial burial in an urn and then later repatriation of the bodies back to China.(43) The Chinese cemetery is listed on the Register of the National Estate and there is evidence of archaeological potential. (Pg.33) (43) - Australian Heritage Database

Location
The cemetery is sited on the western side of a creek or gully known as either Moonlight Creek or Moonlight Gully, there is a difference of opinion between some of the local residents as to the correct name of the feature. Moonlight Gully is recorded on some geographical maps as being located to the west of the cemetery approximately 900 metres. The gully was formerly known as Burying Ground Gully as the Roman Catholic Cemetery is also located this area.

Cemetery Fence
Mr. Robert Fraser, a prominent local resident of Tambaroora and living in close proximity to the cemetery recalls from his youth a picket or pale fence surrounding the cemetery. Remnants of metal strapping has been found around the perimeter of the cemetery, it was common practice that metal strapping was used to secure the pickets or pales to the slip rails that were placed between the posts. The remnants of the strapping is all that is left after it had been discarded when the fence was replaced with a barbed wire one. The chisel pointed Rose nails still found on the strapping was found to be in common use around the 1870s and 1880s and appear to have disappeared around the depression of 1893. (535)